109 Years Since The Wright Brothers Flew

109 Years Since The Wright Brothers Flew 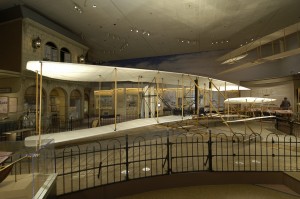 It was 109 years ago today that the Wright brothers initiated the aerial age with the world’s first successful flights of a powered heavier-than-air flying machine. The Wright Flyer I was the product of  an extremely sophisticated four-year research and development program.  Orville and Wilbur Wright began the quest in 1899. After building and testing three full-sized gliders, the Wrights’ first powered airplane flew at Kitty Hawk, North Carolina, on December 17, 1903, making a 12-second flight, traveling 120 ft, with Orville piloting. The best flight of the day, with Wilbur at the controls, covered 852 ft in 59 seconds.

The Wright brothers carved their own propeller prototype and believed it to be 66% efficient.  Modern tests show it was more than 75% efficient. This is an incredible feat because modern wood propellers are a maximum efficiency of 85%.

The Wright brothers couldn’t find an engine that met their needs for a lightweight engine. Their shop mechanic Charlie Taylor built a cast aluminum (extremely rare at the time) engine in just 6 weeks.  The engine also had a primitive version of fuel-injection system having no carburetor or fuel pump.

The Flyer cost less than $1000 to build.  Rival Samuel Langley received more than $50,000 to build his plane, The Great Aerodrome. 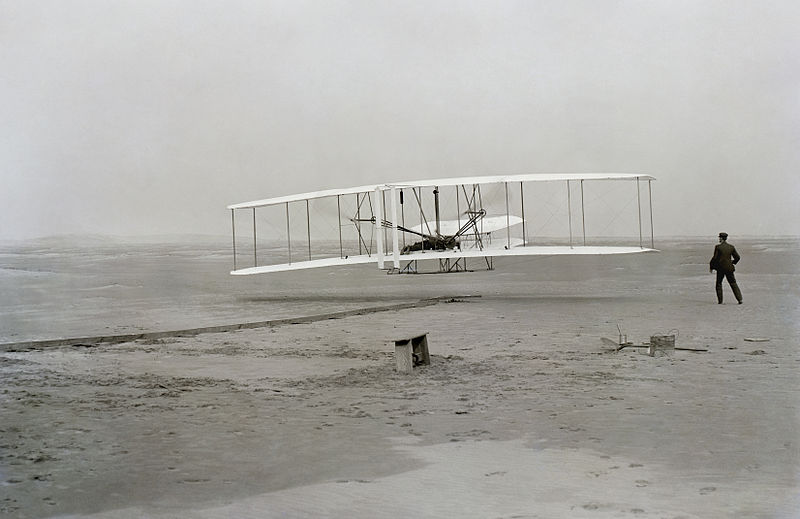