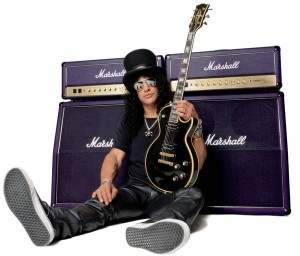 For those not in the know I play a Gibson Les Paul Studio that I picked up a few years ago. I thought I would blog about some of the most iconic Gibson players.

Slash: Guns N’ Roses’ former guitarist Slash plays a classic Gibson Les Paul sunburst.  Slash’s signature sound is the typical formula of a Les Paul Marshall stack(s). I read in a guitar rag recently that the amp that he used to record "Appetite for Destruction" was a modded rental  from S.I.R.  Entertainment. In the interview Slash admits he couldn’t afford a professional grade amp.  Recently Marshall created the limited edition Slash Marshall 2555SL available to those with the means. 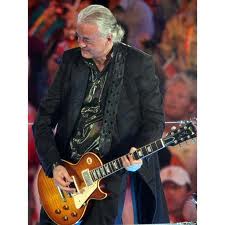 Jimmy Page: Led Zeppelin guitar god’s Les Paul is the tool used to create those classic Zeppelin riffs like "Black Dog" and "Whole Lotta Love". Both times I have seen Page live he has had his Les Paul a late 50’s Sunburst.   His "other" famous guitar is a Gibson EDS-1275 Double Neck used for "Stairway to Heaven".

You can pick up a Gibson Custom Jimmy Page "Number Two" for a mere $11,176 It comes in three different flavors. Signed and Aged, Aged and “Normal”. 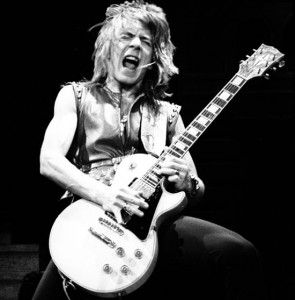 Randy Rhoads:  Although Randy was a founding member of Quiet Riot, his fame is mostly due to his work with metal master Ozzy Osbourne.  Randy€˜s work can be heard on Ozzy’s first solo record Blizzard of Ozz or my personal favorite Tribute to Randy Rhoads.

“It is one of the most iconic guitars in rock history: Randy Rhoads’ 1974 Les Paul Custom. The guitar that Ozzy Osbourne sideman Randy Rhoads drove to stardom on the landmark albums Blizzard of Ozz and Diary of a Madman has been one of the most requested re-issues ever. Now the Gibson Custom Shop is pleased to announce the release of this legendary axe. The guitar that drove "Crazy Train" off the rails will soon be available in stores. Check back in the coming weeks for more details!” Source: Gibson Website

Duane Allman: The Allman Brother Band’s legendary guitarist Duane spent a lot of time rocking a gold top Les Paul.  If you have any doubt , listen to the Les Paul screaming guitar work on "Whipping Post" from the At Filemore East. 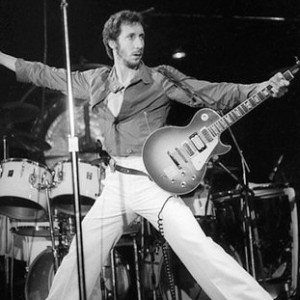 Pete Townsend: The legendary guitarist for The Who rocked a Les Paul DeLuxe on the album Who’s Next (My personal favorite) and Quadrophenia. He is also seen playing a Gibson through out The Who’s documentary The Who: The Kids Are Alright