Clinging to Guns and Religion

Clinging to Guns and Religion

Working for 911 has its benefits and its pitfalls.  I think one of the drawbacks to working with 911 is the realization of just how dangerous of a world we live in.  I personally had a couple of close encounters that started me down the path to gun ownership. Read here.  Last summer I sat through a class and I earned my concealed weapon’s permit.  The class wasn’t hard.  I was actually surprised at how easy the class really was to pass. Anyone can apply if they meet the following: 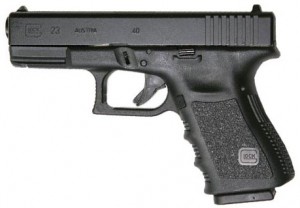 Shortly after receiving my permit I purchased my first hand gun.  I work with many different gun experts who allowed me to try out a few different models. I chose a Glock 23.  It is a combination of larger calibir (40 caliber) in a small frame gun.  It fits my hand well and it is comfortable to carry in a in the waist ban holster.   The 40 S & W round was created for the FBI as a powerful round to take down its target but yet be manageable for women to shoot.  My personal experience has shown that this round is powerful. Last summer I was shooting targets on an aspen tree that was more than 12 inches in diameter and the 40 went completely through the center.

I take carrying a gun very serious. I try to practice with it as often as possible.  I have become quite comfortable with it and shoot it quite well. My department often goes shooting and training together.  Here are some pictures from our last trip to the range. 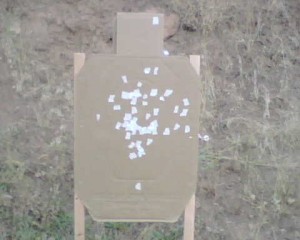 This is my target shot from 10 meters. 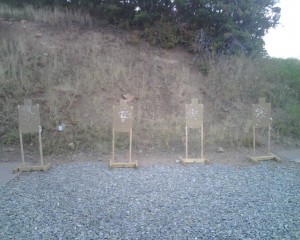 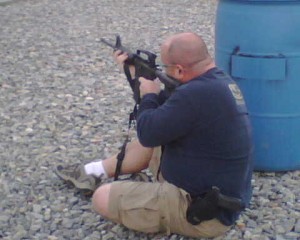 Brice showing his military training with the AR-15 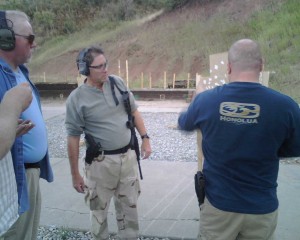 Chewing the fat with the guys