Everyone must make decisions. What to eat? Where to go? Where to live? Live is full of choices that give us experience to answer more and maybe harder questions. When decision time arises there are many who advise do this don’t do that. It can all be daunting.

The fear of an incorrect decision is preferable to the terror of indecision.  Maimonides 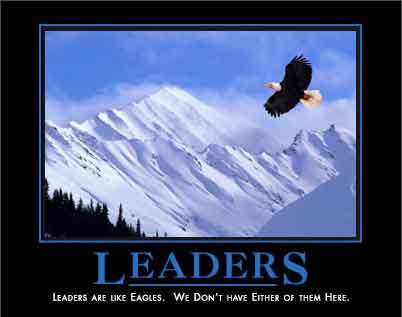 I know a company where the leadership struggles. They try so hard to make it a pure democratic office from the lowly janitor to the highest executive. It’s a kind of no employee left behind in decision making process. Everyone has time to voice their opinions on every little thing.

A boat without a rudder goes nowhere.

With everyone making every decision via committee the company struggles. Every little decision gets bogged down in a never ending meeting. For example, at this company, I spent a year on the Employee Relations Committee where every two weeks and we would discuss employee problems. One problem we had was how to memorialize two employees who had passed away. It became a free for all because there were no boundaries, no limits and no guidance. After three years the project hasn’t progressed. It has languished and is most likely dead. The committee was rudderless.

There are two kinds of people; Leaders and Everyone Else

James Barksdale, former CEO of Netscape, was a charismatic manager whose maxims endeared him to his employees. One of his favorites was formulated at a management retreat soon after he took over Netscape. It’s known as his three-snake rule:

Barksdale’s points were simple. Make a decision and solve the problem. Take it head on and defeat it. Don’t rethink it afterward your choice has been made. Look forward and tackle the next issue at hand. The last point is all decisions are scary at first but from decisions comes opportunities. Seize the opportunity and continue on the path.