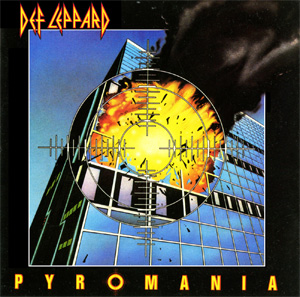 It’s weird getting old… Time slips by and I still feel 13.  Today I was reminded that Def Leppard’s landmark album Pyromania came out thirty years ago today. I was 13.

Music… I love music and Def Leppard has a large piece of the blame.

I don’t remember the exact first time I heard the album Pyromania but I believe it was on a field trip to Mercer Caverns.  Someone had a boom box on the bus and the whole 7th grade class of Penryn Elementary listened to someone’s cassette tape.  I bet we listened to the tape 3 or 4 times minimum. I remember begging my mother to take me somewhere I could buy it on cassette tape.

Pyromania was Def Leppard’s third album produced by AC/DC’s soon to be legendary producer Mutt Lange.  It sold more than 10 million copies.  The first track released to radio was “Photograph”.

Photograph’s opening chords pierce my soul. It’s one of the song’s I credit with making me want to play guitar.  Here is a cool Excerpt from VH1’s Classic Albums

All I know is Def Leppard is the band I have seen most in concert including last summer’s Rock of Ages tour.

Below are a few videos, one from last summer as well as the official Photograph video.

My Video from 2012 Rock of Ages Tour at USANA Amphitheater

1988 Hysteria Tour- I saw them for the first time on this tour. I missed them on the Pyromania tour.