Elizabeth Smart is a Hero…

Home/Hero/Elizabeth Smart is a Hero…

Elizabeth Smart is a Hero… 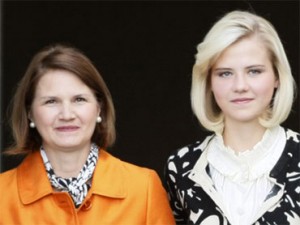 Today Elizabeth Smart, activist, champion of victims rights and most importantly a victim, stood up against a disgusting and vile criminal and testified to the world of the crimes of Brian David Mitchell. In the six years since she was found, Smart has waited for a justice that seems to never come. Every step of the way, Mitchell has made a mockery of the justice system. Acting as if he is insane, mocking justice every step of the way, manipulating the court in every step.  I don’t think many people believe his act but see it as just a performance to get attention, delay trial and escape his prison sentence.

Smart is a hero for many reasons. She found the courage and strength to relive a heinous crime and serial abuse; bearing our details so deep and painful that most victims fail to testify of in trial. She has found a way to be the victims advocate for justice. She has persevered through a mockery of the American justice system. The trial seems to have attracted publicity hounds of every color from attorneys to experts who seem to merely want to gain fame and notoriety.

As Elizabeth Smart waits for justice, she has finished school and campaigned nationally for tougher laws against child predators.

Today in court, Elizabeth Smart got to give her story, a first person 9 month horror story.

She testified that Mitchell raped her on a daily basis, three to four times a day.

She said, “There was no actual 24-hour period where he wasn’t able to rape me.”

She said for the nine months that she was held captive, the dominant focus for Mitchell was sex. She said he gave her alcohol and drugs to lower her resistance. He also made her watch pornography. He said it was to humble her.

She recalled a time when she vomited from too much alcohol, and Mitchell forced her to lie face down in it, saying it would show her “true state”.

She said he used religion to get whatever he wanted. He would use methods like singing if he couldn’t get what he wanted to fool people.  —KSL NEWS

One day justice will find the pervert Brian David Mitchell and it won’t be soon enough.

Kudos to Elizabeth for not letting Brian David Mitchell win. The good guys and gals need to win.

“If this doesn’t clinch the issue of competency, our nation is in very, very big difficulty,” Ed Smart said.  —Salt Lake Tribune

For those who have forgotten the other victims lately…

Think of the 30 years of hell that the victim of Roman Polanski has waited. The victim in the case didn’t want to be identified so the charge was change to a single charge of sexual intercourse with a minor to which Polanski pled guilty. 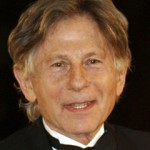 The details of Polanski’s sexual activity with the girl had never been described in legal documents because he was permitted to plead guilty to a single charge of sexual intercourse with a minor and other charges were dismissed.

That decision was explained in Tuesday’s motion, which said it was based on the teenager’s concerns. The document said the victim “expressed in no uncertain terms that she wished to maintain her anonymity and avoid the further trauma that would accompany a full-blown jury trial. Based on these expressed concerns, on Aug. 8, 1977, the defendant was permitted to plead guilty to one felony count … for having unlawful sexual intercourse with a minor. … This was an open plea to the court, meaning that at the time of the plea, there did not exist any agreement as to what sentence may or may not be imposed.” —FOX News

This wasn’t a plea deal.  This was a guilty plea in court without the protection of a plea deal.

Polanski raped a 13 year old girl. The victim testified that Polanski gave her part of a Quaalude tablet and champagne, took a bunch of nude photos of her and performed various sex acts, including intercourse.

Why do I mention the sicko child molester in a post about the Hero Elizabeth Smart?

I find the cases amazingly similar.  A young girl is raped by an older man, an adult who should know better. Both were drugged and taken advantage of by men of power. On one hand the world demands justice from Mitchell and on the other hand the wackos of Hollywood demand the freedom of Polanski.

And if you don’t think he is a pervert what about this quote from an extraordinary interview Polanski gave to the novelist Martin Amis in 1979, the year after Polanski went on the run. Source: British Newspaper The Telegraph Roman Polanski: ‘Everyone else fancies little girls too’

It seems apparent to everyone but the Hollywood “elite” that Polanski is just an unpunished and unrepentant child rapist who like Brian David Mitchell mocks justice.

Roland S. Martin in his piece on CNN’s Campbell Brown’s Blogs summed it up eloquently about the Polanski case…

As a Christian, I am taught to have love and compassion for everyone. We are taught to hate the sin and love the sinner. I can pray for the soul of Roman Polanski and hope that God forgives him for his sin but the Lord can deal with this man just as easily in a jail cell, as opposed to his palatial pad in France.

Maybe we also need to pray for these depraved Hollywood folks who clearly are so out of touch with reality that they haven’t figured out that this is called life; it’s not a movie. The only appropriate ending to this story is Polanski coming back to the United States, standing before a judge, and accepting his fate. And when he is led off in handcuffs, then we can say this sad and pathetic story has come to its rightful conclusion.

Please read all of Roland’s blog post, its very good.