The internet became the great equalizer of men when it became a medium for the customer to exact justice upon a particularly bad experience. Every year I am reminded of a bad snowmobile rental experience.  Recently I have received over 20 emails asking me about Golden Rentals in Murray, Utah.  I should have saved them all to post.

I post this on my main blog again as a warning to others not to do business with this company.

I recently received this email.

I had a similar bad experience with Golden Rentals.  I rented two snowmobiles on Easter weekend.  One died after 20 minutes  stranding us deep in the woods.  I tried and tried to get through to Golden Rentals on the phone.  Later in town I also tried the internet, where I saw your posting.  We spent the weekend working on the flooded out snowmobile to no avail.  We finally towed it out and wrestled on to the trailer.  We had a miserable weekend.  Over the phone I asked for a partial refund or credit.  I explained to Kelly that we all had a miserable time  me working and my wife and kids waiting . Kelly said we were lucky because he had us pick up the snowmobiles a day early. I told Kelly at Golden that I was going to make a similar internet posting to other disappointed clients.  He said he would rip it out and tape it to my forehead.

Please add this account to your posting.
I filed a complaint with the BBB.
Thanks,
Name Removed

If you don’t believe me the following

The Better Business Bureau Gives them an F

CitySearch has to say about Golden Rentals.

Below is a repost of my experience. 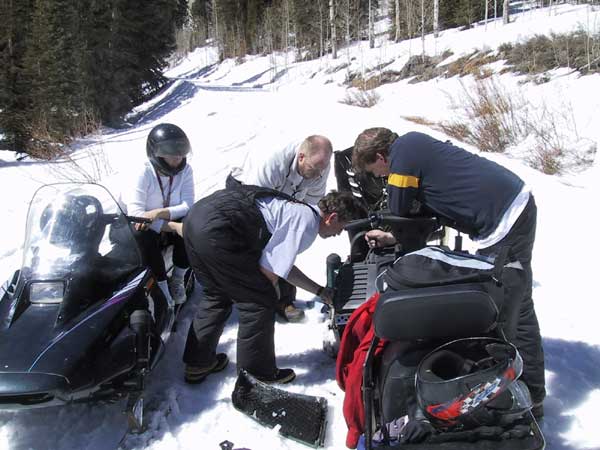 We complained about the poor quality and maintenance of the snow machines to Golden Rentals both during our outing and upon the return of the rentals. We asked only for a discount due to the hassle of having to do our own trail repairs.  Golden Rentals wouldn’t budge. They acted as if we were lucky to get machines. In truth it was late in the season and the snow was well into the melt.  We were snowmobiling in mild temperatures and sun shine.

Lucky for us the snowmobile world is super friendly and only too happy to help, a big kudos to Utah snowmobilers.

I am sad to report that the place we rented our snowmobiles from wasn’t that good. To be quite honest they sucked.

I cannot recommend Golden Rentals. NEVER EVER RENT FROM

This guy rented us 2 snowmobiles that were 10 years old at least. They were poorly maintained and didn’t run very well. We paid top dollar to rent snow machines and have a fun weekend. We ended up spending much of our time digging out the machines that didn’t have enough power to go up the slightest of hills. One of them kept eating belts. The man who rented us them didn’t care. I am adding this post to warn others in the Salt Lake City Utah area not to rent from Golden Rentals.

I didn’t personally rent these sleds but I did pay the bill. I understand that rental vehicles are abused. These two sleds were very used with mileage over 8k on each. One of the sleds ate belts (3 in an afternoon) and also suffered engine performance issues. I just want anyone who is thinking about going cheap in Utah Snowmobile Rentals to remember DON”T RENT from Golden Rentals in Murray, UT. Thats right folks Golden Rentals Murray Utah…

If you are Golden Rentals and think this review is unfair or biased. Email me and we can discuss.

Photos from our Adventure