Today is the 75th birthday of legendary actor/director/activist Robert Redford.  I was lucky enough to work for Bob Redford for 3 years at his Sundance Resort.  It was a great experience. 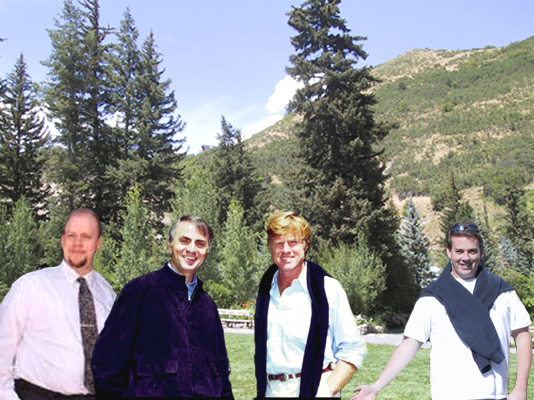 While at Sundance, I heard Bob tell this story. Redford was good friends with Paul Newman. Newman had become a racing enthusiast and was driving Bob nuts talking about it. Redford found a trashed Porsche and had it sent to Newman as a gift for his 50th birthday. He had the car wrapped with a ribbon and put on Newman’s back porch.

Redford said he didn’t hear anything from Newman for a couple of weeks, but then he saw a big box sitting in his living room that was so heavy it dented the floor. Newman had sent the Porsche back to him in a box after he had it compacted.

Redford then contacted a sculptor he knew in Westport, CT where they both lived at the time and had the Porsche sent to her to make into a garden sculpture. He then hired a towing company and had the transformed Porsche towed back to Newman’s garden.

He said that “to this day, neither of us had ever spoken about it and certainly never acknowledged it.”

Here is the List of My Favorite Robert Redford Movies:

(Filmed at Sundance)
3. All The President’s Men