Feminist, woman’s activist and founder of  Ordain Woman and most recently Ex-Mormon, Kate Kelly has been all over the news locally in Utah as well as nationwide.

Many people are asking why is Kate Kelly in the news?

That’s a great question. Apparently she believes that The Church of Jesus Christ of Latterday Saints (The Mormons) has a gender inequality problem. She created a group smartly called, Ordain Women.  And began pestering and protesting the leadership of the church.  The LDS leadership warned her and then after they had had quite enough, voted her off the island and promptly took her membership and “church’ rights away.

No real surprise and certainly not news worthy.

I think the real surprise here is that Kate Kelly may have just been shilling publicly as a LensCrafters commercial spokes model. Look at these ad photos and you be the judge. 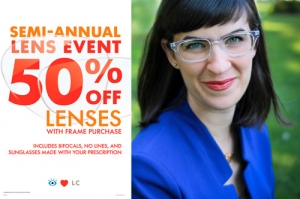 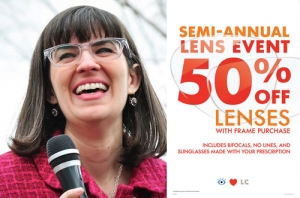 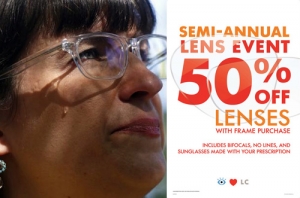 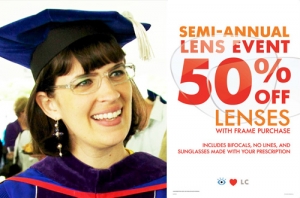 We maybe just getting a glimpse of the new hot eye glass collection by designer Kate Kelly.

This is merely my opinion… I could be wrong. This is a joke people. You know satire? Hellow is this thing on?

As for my opinion on Woman being Ordained to the Priesthood…

Will they do my home teaching and help people move heavy objects?

If the answer is Yes then I am all for it.