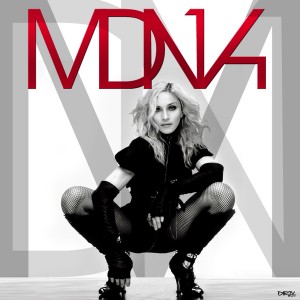 The Queen of Pop is widely known as one of the most controversial musicians in pop music history, and the world’s top-selling female recording artist of all time with more than 300 million copies sold.

In the 1980’s I would even consider myself a fan of her music. I even own a few records, cd’s or whatever they are called now.

The self proclaimed “Material Girl” has been called a lot of things but never conservative.  Recently she made some pretty surprising statements in regards to guns and violence. In fact, it surprised the hell out of me.

Recently Madonna was interviewed by Elizabeth Vargas for “Good Morning America”.  The interview centered about Madonna’s current tour, The MDNA Tour.  The opening scenes contains images of guns as well as guns as props.  As your typical liberal media must do, Elizabeth Vargas, of course, brought up the topic of gun play in her choreography.

So like moths to a light Vargas inevitably asks Madonna about the criticism for using gun choreography onstage on her present tour, Madonna stood her ground and insisted that she’d never remove the gun-play just to appease critics:

“That would be like asking people to not have guns in action movies,” Madonna replied. “I mean the thing is, guns don’t kill people, people kill people. That whole first section of the show is like an action movie, and I was playing a super vixen who wanted revenge.”

Vargas continued to press the issue with a follow up question.

But what about Hollywood types who’ve toned down gun use out of respect for incidents such as Sandy Hook?

“Well that’s not going to change the situation,” Madonna replied. “This all comes from fear and ignorance, and people not really raising their children, or not paying attention to what’s going on.”

Madonna just earned huge kudos for standing up and being intelligent about guns.  People kill people not guns.

If you would like to watch the complete video its here.