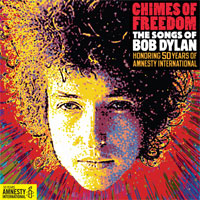 I was looking through the artists doing Bob Dylan covers. A few struck me as odd but none as odd as Miley Cyrus doing a cover of “You’re Gonna Make Me Lonesome When You Go”.

This is one of my favorite songs off of what is probably my favorite Dylan album, “Blood on the Tracks.”  This is a travesty, an injustice.  Where the hell is Amnesty International on this kind of dust up?

I thought, “How dare she cover that song?”

[Edited for Our Younger Readers]

To me Miley Cyrus is a disgusting symptom of what is wrong with the music industry, as in an over-produced, super-saccharin-sweet diabetic producing piece of vomit described as music, sung by a genetically predisposed piece of eye-candy with just enough clothing to keep the FCC off her back. I was disgusted would be described as putting it mildly.  Remember this is just my opinionated view point as a music lover, hack of a musician, and father of a young impressionable daughter.

Sometimes it’s appropriate to witness the horror of a bad performance.  It can often server as a warning to others.

I clicked over to YouTube where I watch most wrecks in action. I pulled up Miley’s video for “You’re Gonna Make Me Lonesome When You Go” expecting to see two trains crashing into each other at high speed.

That didn’t happen however… I was amazed at what I heard. I think Miley slows down the song and makes it more hers with a nice country girls vocal.  It wasn’t what I had expected.  Kudos to her.