Music is Not Dead

Home/Guitar, Music/Music is Not Dead

Music is Not Dead

I don’t know when exactly it started nor do I remember how it came about but there was a period of about 2 years where the music had died. I had become disinterested and bored with it all. The radio failed to inspire me to even turn it on in the car during my 40 minute commute. The local radio stations had given into the man. The radio played what pays them the most. It is a business after all but what the bean counters fail to realize is that music isn’t just about the Benjamin’s. It’s about the expression and sharing of a common feeling. It’s the passion. For memory music is often closely tied to memory. Music had become mundane. In addition to not using my radio, I had stopped playing guitar for the last year or so. I had slowly evolved into my father and turned on AM Talk radio. It was bad and I needed help. Never had music failed to inspire me.

I mentioned in a previous post that getting a Sirius Satellite radio for Christmas had perked my interest in music. I had rediscovered a variety of new and old music that rejuvenated my love of music. So in March as I was resurrected from the death of music, I bought myself a guitar. I bought a Gibson Les Paul Vintage Mahogany Electric Guitar with a Crate V32 Palomino 30W Class-A Tube Combo Amp and a DigiTech RP350 Modeling Guitar Processor. 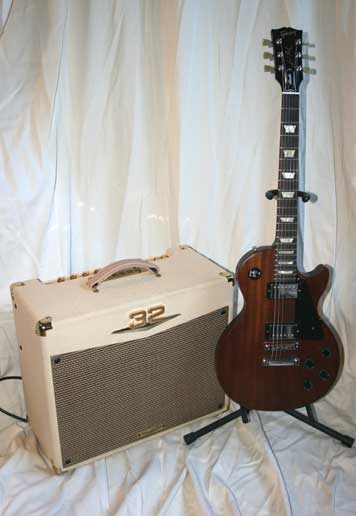 As part of the process of emerging from my music coma, I decided to start taking guitar lessons. So far so good and I love my teacher. It is the funniest thing I do all week. I wish that I had purchased an electric and started lessons years ago.

Lately instead of downloading songs I use Youtube as a juke box. I have included some of my favorites below.

My Girlfriendâ€™s Dead -The Vandals

Highway to Hell -AC/DC
I love Bon Scott’s voice and the introduction of the AC DC classic sound.

Mr. Tambourine Man -Bob Dylan
I love the asking for a harmonica and the audience has several.

Behind Blue Eyes -The Who

If You Could Read My Mind -Gordon Lightfoot

Pink Moon – Nick Drake
This is the commercial that was in development while working on the VW website and it started my love of Nick’s music.

Why I don’t Paint People -Bob Ross
This video just made me laugh.

Four Horseman (acoustic) -Metallica
The video sucks but the sound is good.

Everlong (Acoustic) -Foo Fighters
I have always loved this song in the acoustic form. I original obtained it through Napster back in the day.

Stairway to Heaven (acoustic cover) -Foo Fighters
The solo is awesome as is Dave forgetting the lyrics and making them up or asking the audience. I love it an artist that is not to concerned with his image. Very Funny..

Improvisation by Elton John
Interesting seeing Elton write a song from the manual for an Oven.

I have wasted days and days listening to music on Youtube.