Thanks to All Who Served: Happy Memorial Day

Home/Hero/Thanks to All Who Served: Happy Memorial Day

Thanks to All Who Served: Happy Memorial Day 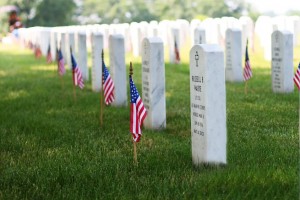 Anyone willing to give up their time to serve is a hero in my mind.  Here are just a few of those who have served who I admire.

Both of my grandfathers served their country in World War II.  One of them was at Pearl Harbor on that Sunday morning in December.  For me the day is a day I chose to remember my grandfather, Russell Campbell. He was in the Air Force and stationed at Schofield Barracks, Oahu, Hawaii.

Every time I read about a Congressional Medal of Honor winner I am amazed at the selfless courage each one possess. The amazing courage to do what is right and to do their duty. Inspiring words for mere mortals like myself.

Staff Sargent Salvatore Giuntathe is the first living person since the Vietnam War to receive the United States military’s highest decoration for valor, the Medal of Honor. Read his citation of remarkable valor.

“As our boat touched sand and the ramp went down, I became a visitor to hell.” Pvt. Charles Neighbor 29th Division Omaha Beach.

An Unexpected Surprise at Wal-Mart

Walmart shoppers honoring a soldier who simply came to shop.

Patriot Guard Riders – Standing for Those Who Stood for US

For some reason the world has become so vial that some people feel the need to protest in the sickest most reprehensible method possible.

Just my thoughts on an important day. Its a day set aside to remember all those who served to make this country. People who gave of their time, minds, body and souls to create something better for future generations.  I salute them all.

I must admit that I am a World War II junkie.  I cannot get enough. Here I discuss 5 books that every one should read.