I can’t believe that its been 30 years since Michael Jackson wowed the world with his “moonwalk”. The dance move that changed the world was performed at the end of Jackson’s performance of  “Billie Jean” at the Motown 25th Anniverssary Special. 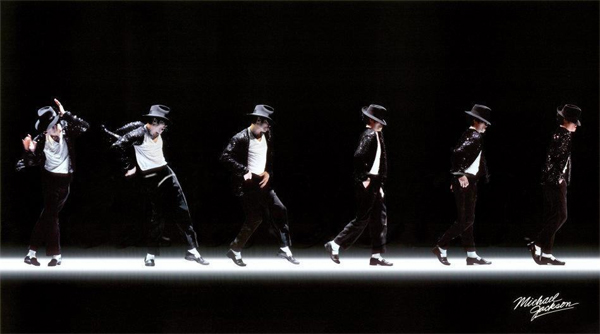 I was in the 7th grade in a tiny all white school in Northern California yet everyone one I knew was talking about it and trying to emulate the move.   Later in Jackson’s career many wondered if he didn’t steal the move from James Brown. Jackson had executed the move so perfectly that it blew everyone away and no one really cared if he had stole it.

In 1983, Michael Jackson released his album “Thriller”.  The moonwalk move just added fuel to the fire that caused Thriller to explode across the universe and become one of the greatest albums of all time.  It tough to try to explain to today’s generation just how big Michael Jackson was when today’s music industry is so splintered due to modern technology and iTunes.

According to Rolling Stone magazine:

Michael Jackson was initially reluctant to perform at the concert. He was on CBS Records, and the organizers wanted him to play the old Jackson 5 hits with his brothers. He ultimately agreed, under the condition that he’d be allowed to perform “Billie Jean” solo after the Jackson 5 hits medley. It was the only song of the night not released by Motown and, ironically, the biggest moment of the show.