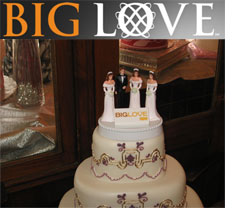 In January, Tom Hanks took the opportunity to attack the Mormon Church by calling them â€œUn-Americanâ€ in a Fox News interview. He later apologized.

This time his attack is more subtle. Instead of overtly and directly attacking as Tom Hanks, he has changed tactics and is attacking their faith by trying to show the sacred temple ceremonies on his HBO show â€œBig Loveâ€. Tom Hanks is the producer of â€œBig Loveâ€.

I guess Tom Hanks is no respecter of Religions or of peoplesâ€™ personal convictions. The temple ceremony isnâ€™t secret it is sacred. There is a definite difference. It is so personal an experience that member of The Church of Jesus Christ of Later-day Saints (LDS) donâ€™t like to talk about it much especially outside of the temple or outside of the family.

I think most people would be disappointed if they knew the process of the ordinances of the temple. Itâ€™s really not exciting. There is no running around naked drinking blood of bats. If you really want to know what happens go to www.lds.org and read about it yourself. Itâ€™s really just a deeply personal and spiritual experience.

I really think this is all about two things for Tom Hanks. One, he gets some cheap publicity. Nothing generates PR like a little bit of controversy with one group especially one that has been battered over a political issue. And two itâ€™s a way to poke a jab again at the LDS Church for supporting Prop 8. And with this jab with a TV show itâ€™s not Tom Hanks vs. The LDS Church. It is Big Love vs. The Church.

There are a lot of misconceptions about the LDS church that need to be addressed. The LDS Church has release a couple of Press Releases in response.

Like other large faith groups, The Church of Jesus Christ of Latter-day Saints sometimes finds itself on the receiving end of attention from Hollywood or Broadway, television series or books, and the news media. Sometimes depictions of the Church and its people are quite accurate. Sometimes the images are false or play to stereotypes. Occasionally, they are in appallingly bad taste.

As Catholics, Jews and Muslims have known for centuries, such attention is inevitable once an institution or faith group reaches a size or prominence sufficient to attract notice. Yet Latter-day Saints â€“ sometimes known as Mormons – still wonder whether and how they should respond when news or entertainment media insensitively trivialize or misrepresent sacred beliefs or practices.

The Church of Jesus Christ of Latter-day Saints as an institution does not call for boycotts. Such a step would simply generate the kind of controversy that the media loves and in the end would increase audiences for the series. As Elder M. Russell Ballard and Elder Robert D. Hales of the Council of the Twelve Apostles have both said recently, when expressing themselves in the public arena, Latter-day Saints should conduct themselves with dignity and thoughtfulness.

Not only is this the model that Jesus Christ taught and demonstrated in his own life, but it also reflects the reality of the strength and maturity of Church members today. As someone recently said, â€œThis isnâ€™t 1830, and there arenâ€™t just six of us anymore.â€ In other words, with a global membership of thirteen and a half million there is no need to feel defensive when the Church is moving forward so rapidly. The Churchâ€™s strength is in its faithful members in 170-plus countries, and there is no evidence that extreme misrepresentations in the media that appeal only to a narrow audience have any long-term negative effect on the Church.

I think what Tom Hanks is missing is that there are as many people who learn about the good of the LDS Church and less who take his opinion that its bad.

Tom Hanks Attacks the Mormon Church by Calling Them Un-Americanâ€¦