Tom Hanks is ranked as the fourth highest all-time box office star in North America, with a total gross of over $4.336 billion at the North American box office, an average of $100.8 million per film. Worldwide, his films have grossed over $8.586 billion.

And from these films I have gathered a few of my favorite quotes.

“From now on, we live in a world where man has walked on the moon. And it’s not a miracle, we just decided to go.” 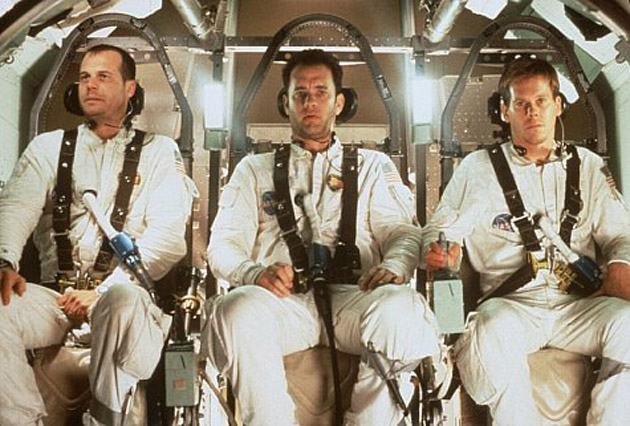 “It’s that every now and again–not often, but occasionally–you get to be a part of justice being done. That really is quite a thrill when that happens.”

A League of Their Own

“It’s supposed to be hard. If it wasn’t hard everyone would do it. The hard is what makes it great.”

–Jimmy Dugan, “A League of Their Own”

“I know what I have to do now. I gotta keep breathing. Because tomorrow the sun will rise. Who knows what the tide could bring?” 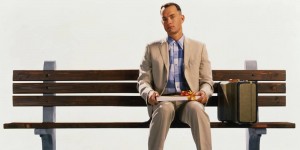 “My mama always said, ‘Life was like a box of chocolates. You never know what you’re gonna get.'”

“I would rather take my chances out there on the ocean than stay here and die.” 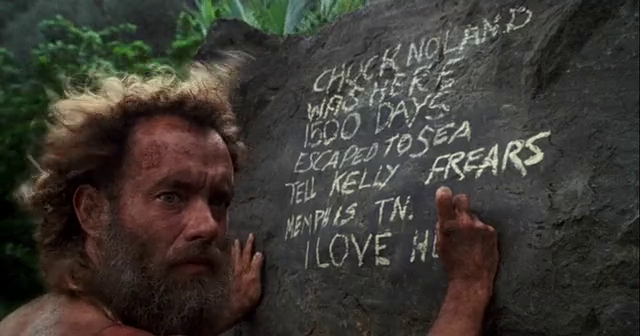 “Here lies Walter Fielding. He bought a house, and it killed him.”

“The whole purpose of places like Starbucks is for people with no decision-making ability whatsoever to make six decisions just to buy one cup of coffee. Short, tall, light, dark, caf, decaf, low-fat, non-fat, etc. So people who don’t know what the hell they’re doing or who on earth they are, can, for only $2.95, get not just a cup of coffee but an absolutely defining sense of self: Tall! Decaf! Cappuccino!”

“Have you found Jesus yet, Gump?” – Lieutenant Daniel Taylor
“I didn’t know I was supposed to be looking for him, sir.” – Forrest Gump, Forrest Gump

“These are the simple rules. No barking, no growling, you will not lift your leg to anything in this house. This is not your room.”

You’ ve Got Mail

Corporal Upham: Caparzo, is it?
Private Caparzo: Hey drop dead, Corporal!
Corporal Upham: Got ya.
Private Caparzo: And another thing, every time you salute the Captain, you make him a target for the Germans. So do us a favor, don’t do it. Especially when I’m standing next to him, capisce?
Corporal Upham: Uh, capisce.
Private Reiben: You wanna explain the math of this to me? I mean, where’s the sense of riskin’ the lives of the eight of us to save one guy?
Captain Miller: Twenty degrees. Anybody wanna answer that?
Medic Wade: Reiben, think about the poor bastard’s mother.
Private Reiben: Hey, Doc, I got a mother, all right? I mean, you got a mother. Sarge’s got a mother. I mean, shit, I bet even the captain’s got a mother.

[he turns and looks at Miller, who has a bemused expression on his face] Private Reiben: Oh, well, maybe not the captain, but the rest of us got mothers.
Corporal Upham: “Theirs not to reason why, theirs but to do and die.”
Mellish: La-la, la-la, la-la, la-la, la-la, la-la, la-la, la-la. What the fuck is that supposed to mean, Corporal, huh? We’re all supposed to die, is that it?
Captain Miller: Upham’s talking about our duty as soldiers.
Corporal Upham: Yes, sir.saving-private-ryan-2
Captain Miller: We all have orders, and we have to follow ’em. That supersedes everything, including your mothers.
Corporal Upham: Yes, sir. Thank you sir.
Private Reiben: Even if you think the mission’s FUBAR, sir?
Captain Miller: Especially if you think the mission’s FUBAR.
Corporal Upham: What’s FUBAR?
Mellish: Oh, it’s German.[he chuckles derisively] Mellish: Yeah.
Corporal Upham: Never heard of that.
Private Jackson: Sir…I have an opinion on this matter.
Captain Miller: Well, by all means, share it with the squad.
Private Jackson: Well, from my way of thinking, sir, this entire mission is a serious misallocation of valuable military resources.
Captain Miller: Yeah, go on.
Private Jackson: Well, it seems to me, sir, that God gave me a special gift, made me a fine instrument of warfare.
Captain Miller: Reiben, pay attention. Now, this is the way to gripe. Continue, Jackson.
Private Jackson: Well, what I mean by that, sir, is…if you was to put me and this here sniper rifle anywhere up to and including one mile of Adolf Hitler with a clear line of sight, sir…pack your bags, fellas, war’s over. Amen.
Private Reiben: Oh, that’s brilliant, bumpkin.
Private Reiben: Hey, so, Captain, what about you? I mean, you don’t gripe at all?
Captain Miller: I don’t gripe to you, Reiben. I’m a captain. There’s a chain of command. Gripes go up, not down. Always up. You gripe to me, I gripe to my superior officer, so on, so on, and so on. I don’t gripe to you. I don’t gripe in front of you. You should know that as a Ranger.
Private Reiben: I’m sorry, sir, but, uh…let’s say you weren’t a captain, or maybe I was a major. What would you say then?
Captain Miller: Well, in that case I’d say, “This is an excellent mission, sir, with an extremely valuable objective, sir, worthy of my best efforts, sir. Moreover, I feel heartfelt sorrow for the mother of Private James Ryan and am willing to lay down my life and the lives of my men…especially you, Reiben…to ease her suffering.”
Mellish: [chuckles] He’s good.
Private Caparzo: I love him.[they make mocking kiss-faces at each other]
By eran|2017-11-16T09:23:20-06:00August 15th, 2016|Categories: Movies|Tags: Tom Hanks|1 Comment