“We can change the world and make it a better place. It is in your hands to make a difference.” –Nelson Mandela 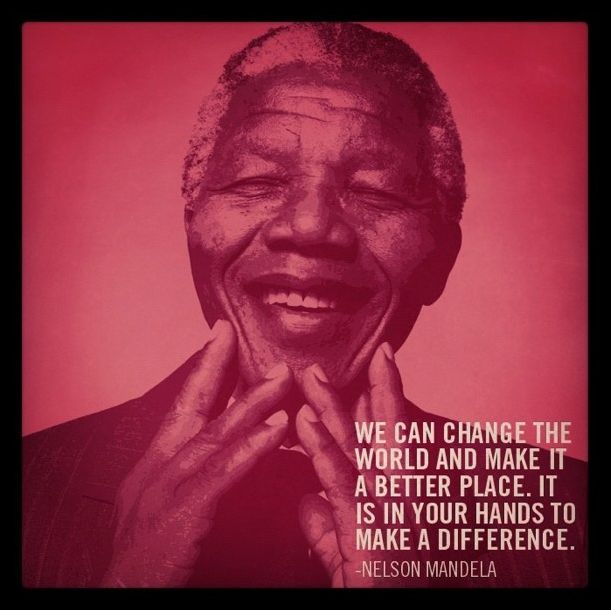 “If I had my time over I would do the same again. So would any man who dares call himself a man.”

“Education is the most powerful weapon which you can use to change the world.”

“Difficulties break some men but make others. No ax is sharp enough to cut the soul of a sinner who keeps on trying, one armed with the hope that he will rise even in the end.”

“I learned that courage was not the absence of fear, but the triumph over it. The brave man is not he who does not feel afraid, but he who conquers that fear.”

“Real leaders must be ready to sacrifice all for the freedom of their people.”

“I like friends who have independent minds because they tend to make you see problems from all angles.”

“For to be free is not merely to cast off one’s chains, but to live in a way that respects and enhances the freedom of others.”

“Lead from the back — and let others believe they are in front.”

“Everyone can rise above their circumstances and achieve success if they are dedicated to and passionate about what they do.”