Recently the Rock and Roll Hall of Fame announced 2011 class of inductees.  I find it interesting that the Hall of Fame seems to skips some of the best.  Here are a few who despite being hugely successful have been snubbed by the RRHF.

How can we not induct one of the greatest guitar players ever?  Stevie Ray Vaughan was nominated for 13 Grammys and won 4 before his untimely death in a helicopter crash.  Vaughan was inducted into the Blues Hall of Fame in 2000. Vaughan once played the National Anthem for Houston Astros’ season opener in 1983. He didn’t know the song so his girlfriend hummed it for him on the way to the show and he went out and played it live.  (View It)  Source: Guitar Center

If there is any doubt this guy could play, check this video out.

Or if you thought playing was too easy check out him ripping it up on an acoustic 12 string guitar on MTV’s Unplugged.

Willie Nelson is one of America’s most prolific song writers, and has recorded and or performed with everyone from Patsy Cline to Bob Dylan to Kid Rock. Nelson is a member of the American Music Associations Lifetime Achievement for Songwriting. If you get a chance to see Willie I strongly recommend it especially before he gets too old. I was lucky enough to be his roadie for a day (Read my embarrassing story). Do you think his love of Pot or his IRS problems is keeping him back? 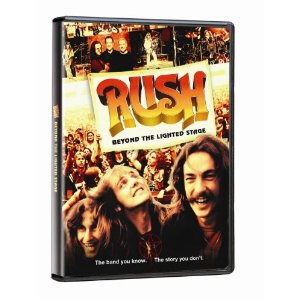 Rush is a dynamic rock group who are childhood friends and have been rocking it since 1968 and who still tour non-stop. Rush has released 18 studio albums, 8 live albums, 8 compilation albums and 78 singles.  The Canadian trio possesses 24 gold records and 14 platinum (3 multi-platinum) records, placing them fourth behind the Beatles, Rolling Stones and Kiss for the most gold and platinum albums by a band in music history. Neil Peart is probably the greatest rock drummer of all time. Their movie *Rush: Beyond the Lighted Stage is one of the best rock documentaries ever.  I don’t get why Rush hasn’t received the blessing of the Hall.  Maybe it’s because they are Canadian, eh?

Can 100 million records sold world wide be wrong?  They are the only band known to have an army, The Kiss Army.  This 1970’s New York glam-band has made eccentric face make up and costumes vogue during their 37 year career encouraging people to Rock and Roll All Nite and Party every day. Maybe they have been neglected because Kiss is the monsters of marketing selling everything from Kiss toilet paper to Kiss coffins.  Kiss is often considered a sell out because of this.  I personally have no problem with them making money off their art.  I do secretly watch Gene Simmons Family Jewels.  I find the show ironically funny, a wild rock and roll guy with a normal family.

No matter what the critics say, Jimmy Buffett’s creative output over his 40 year career dwarfs many current Rock Hall inductees. Buffett is the real deal and shows he can play with anyone. I suspect the Rock Hall induction panel just can’t get past the Parrothead thing. Its a shame that they can’t do it. Buffet tours endlessly and his shows are 25 to 30 songs with usually several encoures, has written 3 New York Best sellers and is estimated to earn $100 million a year in music, books, restaurants and brewing. He’s probably Eating a cheeseburger in Paradise.  Source: Jimmy Buffett

Linda Ronstadt was a 1970’s pop queen who has 27 Grammy nominations and won 10  Grammys and sold millions of records.  Glenn Fry and Don Henley were hired for her as studio musicians before forming Rock and Roll Hall of Fame inductee, The Eagles. The Eagles even opened for her.  Linda Ronstadt has earned three #1 Pop albums, ten Top 10 Pop albums and 36 charting Pop albums on the Billboard Pop Album Charts. On Billboard’s Top Country Albums chart, she has charted 15 albums including four that hit #1. Source: Wikipedia

In my mind, The Cars wrote some of the best music of the 1980’s and were the darlings of MTV in the early days, creating some of the most creative videos of the time.  Its a shame they haven’t been recognized for their input.  The Cars wrote the soundtrack to my high school days. Maybe its because they only last 12 years together and not the usual 20 thats required.  Rumors have had them back together in the studio in 2010 with a reunion tour as well.

I am not sure how this group has been forgotten.  The Cure has written some of the catchiest love tunes of the past 30 years.  Led by the whiny and infinitely sad,  Robert Smith and company has produced a huge treasure of deep teen aged lost lorn.  Maybe its the make up but 30 years later Boys Don’t Cry still resonates.

The band was  ranked #25 in VH1’s list of the 100 Greatest Artists of Hard Rock. Cheap Trick’s mix of energetic Beatlesque hard driven American Rock and Roll has allowed them to enjoy a four decades career full of almost continuous touring and a wide range of hits.  Maybe the Trick isn’t in the Hall of Fame because of the cheesy 80’s power ballad, The Flame?  We all know you have a copy of the super sugar sweet ballad stuffed in your collection and if not here it is… The Flame.

One of rock’s great musical storytellers who is often described as Dark, Demented and extremely Entertaining. I must admit that I am a fan. Warren earned it with his countless appearances on David Letterman’s show especially during the 80’s and 90’s when I watched religiously. Anyone that can write a great story and share it through music is a genius in my book and Warren was one of the best.  Sadly I never got to see him live as he passed away of cancer in 2003.   His best album was his last, The Wind, written and recorded by a venerable who’s who of rock and roll, as he was dying.  My personal favorite is Werewolf of London.

Hopefully someday those in charge will honor these great performers.

Others who should be considered but due to variety of reasons (rock critics love to hate them) aren’t.