I was born a car guy. I came by it honestly. I had not choice in my family. My parents are both car crazy. One of my favorite shows currently on the Tube is “Top Gear“.

“It’s a journey into the male mind, which, I believe, is a really, potentially, very funny place, cause, let’s face it, nothing happens there.” –Andy Wilman Top Gear’s Executive Producer, 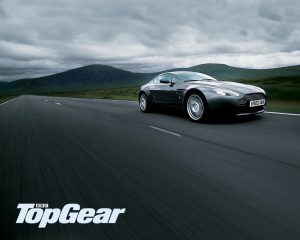 Top Gear is an Emmy award winning television series from the English TV Channel the BBC about motor vehicles, primarily cars. Originally was created in 1977 as a conventional motoring magazine show. Over time, and especially since a relaunch in 2002, it has developed a quirky, irreverent, humorous style. The show is currently stars Jeremy Clarkson, Richard Hammond and James May, and a test driver known as The Stig. The program is estimated to have 350 million viewers worldwide.

This show is totally hilarious. If you are looking for some great entertainment check out Top Gear on BBCAmerica.

Here is a clip for 60 Minutes on CBS.