Two boys from Forbes Elementary Schoolin American Fork, Utah are being charged with felony distribution of pornography to minors. These are very serious charges for two boys who have never been in trouble at school or with police in the past.

So what happened?The two boys were researching for a class assignment when they typed in the words “Sweet Cars”. It brought up pictures of exotic cars as well as some scantily clad woman.This gave the boys the idea to search on “lesbian” which brought back all sorts of naked women. The boys are accused of showing it off to their classmates.

The mother of one of the boys admits that her son has done wrong and should be punished but a felony for a first time offense seems harsh. The boys were both suspended for two days before easter vacation break.

“It’s serious for the kids, but you also have to look at the other side of this. Some of the kids who were brought over there, at least one of them, I believe, is having some trouble shaking that image from his mind,” said American Fork police Lt. Darren Falslev.

Ok Detective Falslev are you serious? As if this is any worse than what plays on TV?

A felony conviction is serious. Felony convictions will remove them from the ability in the future to vote, own a gun, volunteer for the military, serve on a jury, and practice in certain professions, such as lawyer, teacher or doctor.

Let’s Contrast this with another Police story this past week. 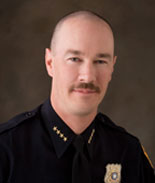 The Salt Lake City Police Department has decided not to participate in a new law that will allow local officers to enforce federal immigration law. The police chief is supported by Ralph Becker Mayor Salt Lake City. Check out SLCPD’s most wanted and tell me they don’t have a problem with Mexican immigrants.

“If we start taking action based solely on

[immigration] status, we would be making enforcement decisions based on race and ethnicity,” Salt Lake City Police Chief Chris Burbank said in interview with The Salt Lake Tribune.

Former Senator Bill Hickman, R-St. George who helped write the original bill says “If police organizations pick and choose what laws they want to enforce, pretty soon we’re involved in chaos.” And this year’s author of the bill that passed Rep. Mike Noel R-Kanab says, “The issue is simple and has nothing to do with racial profiling. When a person is arrested, the booking entity must determine that person’s legal status.” Noel went on to say, “If here illegally, the entity works with ICE to get the individuals deported.”

Both Noel and Hickman take it a step further.

“Those people who are here illegally have already broken the law,” Hickman said. “We have law enforcement agents who we pay to enforce the laws. We expect them to do that.”

I personally find both of these law enforcement problems incredible appalling. On one side we have children who did something wrong but are being punished to the full extent of the law when really they are children who made a mistake that they may or may not have had an understanding of what they did. Nor did the children have the understanding of the possible consequences. This is a case of the punishment doesn’t fit the crime.

On the other hand we have the Police Chief and Mayor of Salt Lake City promoting the image of picking and choosing the laws that they enforce. We have criminals who have broken the law willfully and with intent by crossing the border illegally.These criminals cannot be stopped for their immigration status but during the processing of other crimes may be deported by cross-deputized officers. In other words if they are a arrested for a crime the police officer can check their immigration status and send them to federal Immigration and Customs Enforcement (ICE) agents if it’s appropriate.

What has happened to common sense approach to law enforcement?If one police agency can turn its back on the law for someone willfully and purposefully breaking the law as adults why can’t the other police agency exercise a little common sense judgment and relax the charges in a minors “alleged” crime?

I am offended by both cases.I cannot understand the criminalization of nudity. Could you imagine 20 years ago an eleven-year-old student being arrested and charged with a felony of distribution of pornography to minors for bringing a copy of his dads Playboy magazine to school? Granted I didn’t attend any school in Utah but in California it happened quite a bit. This seems like something out of the movie “Footloose“. If you think either of these two cases are complete crap… Let’em know…American Fork PoliceChief of Police Chief Lance Call 763-3020
Detective Division Lt. Darren Falslev 763-3020 #125 Salt Lake City Police(801) 799-3000As a side note I find it odd you can translate the SLCPD website into Spanish, Italian or German. WTF? Behind Spanish there are more Scandinavians in Utah than German or Italian by far.

If a group of immigrants protest enough they can meet with lawmakers and police and its ok but if hundred of thousands of “citizens” protest and work to create a law to protect them and their country its not ok?