Today is Veteran’s Day.  Its a day set aside to remember all those who served to make this country. People who gave of their time, minds, body and souls to create something better for future generations.  I salute them all. 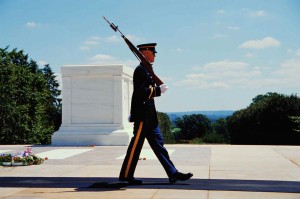 Raymond Weeks of Birmingham, Alabama, organized a Veterans Day parade for that city on November 11, 1947, to honor all of America’s Veterans for their loyal service. Later, U.S. Representative Edward H. Rees of Kansas proposed legislation changing the name of Armistice Day to Veterans Day to honor all who have served in America’s Armed Forces. Raymond Weeks was given the Presidential Citizens Medal by then President Ronald Reagan on Veteran’s Day 1982.

In 1954, President Dwight D. Eisenhower signed a bill proclaiming November 11th as Veterans Day and called upon Americans everywhere to rededicate themselves to the cause of peace. He issued a Presidential Order directing the head of the Veterans Administration, now the Department of Veterans Affairs, to form a Veterans Day National Committee to organize and oversee the national observance of Veterans Day. In addition to fulfilling that mission, the committee oversees the annual production and distribution of the annual Veterans Day poster and  Teacher Resource Guide. 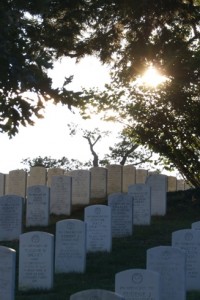 In 1968, Congress moved Veterans Day to the fourth Monday in October. However, it became apparent that the November 11th date was historically significant to a great many Americans. As a result, Congress formally returned the observance of Veterans Day to its traditional date in 1978.

The Veterans Day National Ceremony is held each year on November 11th at Arlington National Cemetery. At 11 a.m., a color guard, made up of members from each of the military services, renders honors to America’s war dead during a tradition-rich ceremony at the Tomb of the Unknowns

The War on Terror, including Operations Iraqi and Enduring Freedom are ongoing conflicts. For the most recent statistics, please visit the following Department of Defense Web site: