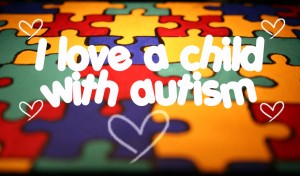 Most people who read this blog have no idea that my wife and I have a foster child (For the record I hate the term foster as I think it is a negative term and is derogatory). I have intentionally not written about Zach for privacy reasons but today I have decided to introduce him to the readers of eransworld.  Zach suffers with Asperger’s Syndrome. Zach is a hero because of his fight to overcome. I introduce him because today, April 2nd is World Autism Awareness Day.

This is an important day to recognize a disease that is affecting millions of people.

How common is Autism?

Today, it is estimated that one in every 110 children is diagnosed with autism, making it more common than childhood cancer, juvenile diabetes and pediatric AIDS combined. An estimated 1.5 million individuals in the U.S. and tens of millions worldwide are affected by autism. Government statistics suggest the prevalence rate of autism is increasing 10-17 percent annually. There is not established explanation for this increase, although improved diagnosis and environmental influences are two reasons often considered. Studies suggest boys are more likely than girls to develop autism and receive the diagnosis three to four times more frequently. Current estimates are that in the United States alone, one out of 70 boys is diagnosed with autism. Source: Autism Speaks

Before 1992, I didn’t know what autism was. I was exposed to it by a friend who was a special education teacher. She taught in a poor neighborhood in Salt Lake with little or no parental involvement but had a class of 8 children with autism. I spent a lot of time in her class helping out and going on field trips.  It was an interesting and rewarding experience that changed me. I have been around people with autism ever since.

For nearly the last 5 years I have had an up close and personal experience with autism. My wife and I have done respite care for children with autism. And for nearly 4 years we have had Zach in our home and have been privileged to learn more about this personal struggle with disease.

One of the lessons I learned from autism early on is that it’s not contagious. You or your children will not catch it from an autistic person. Why is this important because autism is truly misunderstood by most people? I have witnessed firsthand the fear those who don’t know what autism is experience and the get it away attitude of many people. People are afraid of people with this disability. The autistic are normal people with a communication disconnect but they are just like you and I but just have problems communicating.

The whole point of this blog post is to bring awareness to the disease. Autism is growing.

I have included some links to helpful websites for parents on detection, resources and help.

a great resource for parents.  They have an extensive online video collection as well as many different resources. One of those resources is downloadable plan for the first 100 days of being diagnosed with Autism. Its a checklist to help you cope with what is a parents’ nightmare.

Autism Speaks has a walk to raise money and awareness

If you would like to donate or participate please select Team Riley.

Focuses on awareness and advocacy organization, has support groups throughout the United States.

AMC Entertainment (AMC) and the Autism Society have teamed up to bring families affected by autism and other disabilities a special opportunity to enjoy their favorite films in a safe and accepting environment on a monthly basis with the “Sensory Friendly Films” program.

The Interactive Autism Network boasts the largest online study in the U.S., connecting researchers with people and families effected by autism. Its goal is to help further research and improve social services for people with autism. The site has a variety of resources.

I have never heard of this site before I did some googling for some additional information on autism. Their mission statement is what attracted my click.

The Jobs4Autism mission is to become a key resource to individuals with autism, their family members, job coaches and caregivers for sharing job ideas and hopefully finding long-term employment opportunities.

We are trying to make Zach able to live on his own. Employment is one our biggest challenges.